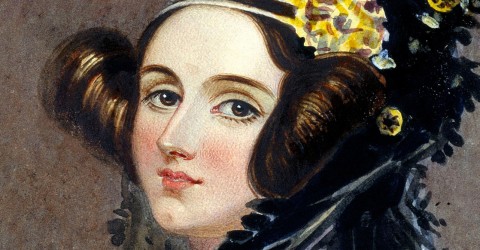 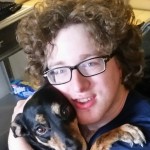 Scott is a Bachelor of Education Primary/Junior teacher candidate concentrating on International Education at Western University. In his spare time, Scott is an avid reader and documentary watcher. He enjoys working with youth and young adults with special needs, and giving back to his local community.

This is the first article in a series that will look at early pioneers in mathematics and coding, highlighting their important contributions to the field. As well, the articles will be written in a story, kid-friendly format that could be used as a teaching resource to help introduce the topics to your students, allowing them to make connections from their lives to these important, monumental figures. This is a critical area in education as we continue the push for girls and young women to enter the STEM fields.  I hope you enjoy this spin as we delve into the history of coding.

We all know how important computers are to us. We play games on them, surf the internet, read books. Do you think we could live without computers? Where do computers come from? Who do you think first invented the computer? Let’s explore the history of computers, find out how they started, and see the stories of people who helped create the ideas that lead to the technology we have today.

Long ago, back when Victoria was still queen of England, a little girl named Ada Lovelace was born. She came from a noble background, her dad being famous poet Lord Byron and her mom was Anne Isabella, nicknamed ‘Princess of Parallelograms’. Growing up, Ada was quite often sick and ill, even to the point where she could only walk with crutches! Despite her illness, Ada was encouraged by her mom to study math and science. Ada developed a strong passion for these subjects. Since she was unable to walk, Ada tried to figure out other ways to move. She dreamed and drew pictures, trying to imagine different ways to move. Her answer came from animals: WINGS! Ada looked around at the birds in the sky and wanted to build wings for herself. So that’s what she did! 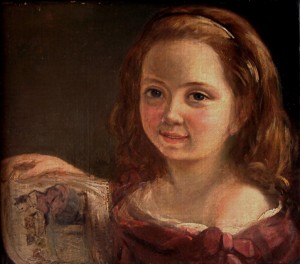 Ada knew that for this to work, she would have to research and experiment with different materials to make her wings. She worked hard and tried many times. Paper, feathers, and wires are just some of the materials Ada tried to build with. She realized that her wings would have to be the right size to the body, just like the birds she studied. Every bird had the right sized wings for its body! After all her studies, Ada published a book to tell people about all of her hard work!  Ada continued her studies into math and science, imagining different machines and thinking about how to make things until she met Charles Babbage at a party. Charles, who had just invented a device called ‘Difference Machine’, talked to Ada about her ideas and the two of them became friends. 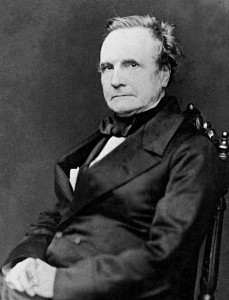 The Difference Machine was a giant tower made of wheels, and when you turned the handles, the wheels would move and make calculations. It was an early form of a calculator, similar to the ones we use today! Charles was so excited to show it off, he invited Ada over to his house to show how her how it worked. Ada was amazed by it, and her interest in programming took off. Working with Charles, Ada helped to translate an article on his new Analytical Engine. Ada had to take the original article, which was written in another language, and write it in English so people in England could understand it.

But Ada didn’t just translate the article. Ada worked hard and studied the machine, looking at how it worked, and what it did. She took notes on how it ran, talked about how people could use the machine, and how it could be programmed. With this first idea that Ada wrote about, she created the concept of the first computer program. The idea that a machine could be instructed or programmed to follow commands was ground breaking. Ada used the machine to do math questions and calculations. Ada also dreamed that the machine could also be reprogrammed to complete many operations. This idea and concept laid the groundwork for modern computers!

The other important ideas that Ada wrote about became the foundations of modern coding and computing today! She wrote about how machines, like the Analytical Engine, could do much more than math questions: it could produce music notes and produce artwork. Instead of seeing the wheels and cogs as numbers, Ada looked to see what other things they could represent. This idea changed how we looked at machines. Before we just saw them as giant calculators, but with Ada’s writing, machines could become what we call computers!

Her third idea was how to write the instructions for the machine. In coding, we write out the steps one line at a time, which is what Ada did. Putting things one line at a time helped the machine process the instructions. Her last idea is one that we still can’t answer today: can machines think for themselves? Today we have apps on phones like Siri that we can interact with, but can Siri think independently? Ada wrote about how the Analytical Engine could only be told to do something, and how the Engine could not create anything by itself. Without instructions, the Engine could not do calculations or solve problems.

Soon after her ground-breaking work was published, Ada fell sick again just like her childhood. But this time it was more serious, as Ada got cancer and passed away when she was 36. Even though she passed away young, Ada has had a lasting impact on the world, both in her own time and today’s time! Just imagine how different our world would be without computers, or how much longer invention of computers would have taken! We have much to be thankful for from the works of Ada Lovelace, the Countess of Coding.

Lovelace, Ada. (1843). Sketch of the Analysis Engine Invented by Charles Babbage, esq by L.F.     Menabrea, of Turin, Officer of the Military Engineers. In Richard Taylor   (Ed), Scientific        Memoirs selected from the Transaction of Foreign Academies of Science and Learned   Societies and from Foreign Journals. (666-731). London: Richard and John Taylor.