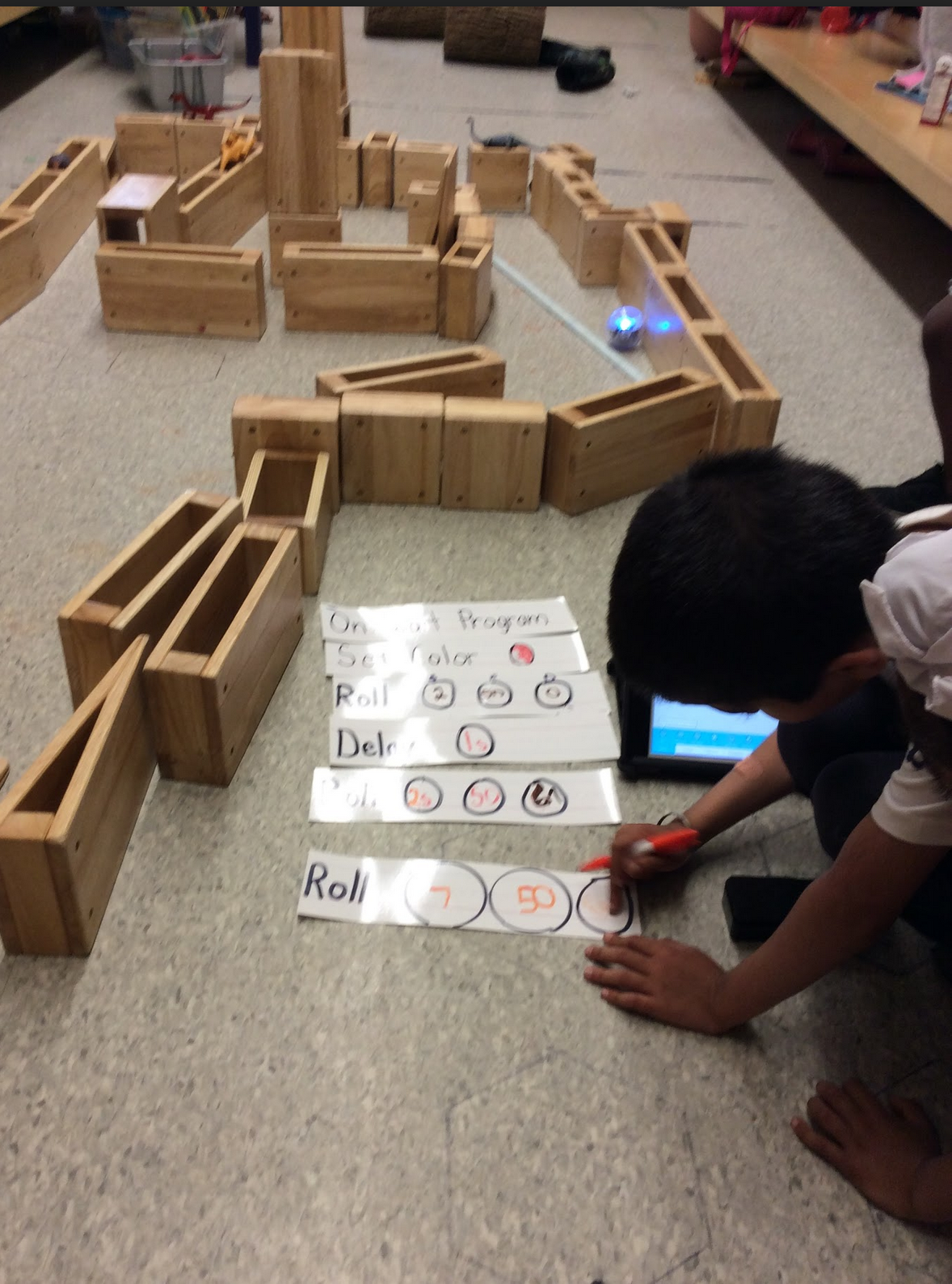 Since I began teaching kindergarten I have intentionally focused on including coding and computational thinking into my pedagogy. Throughout this journey I have been flooded by educators ask ing a range of questions as to both why and how coding fits with the developmental make up of kindergarten and the provinces new FDK learning program.

Although many educators can agree about the inherent value of students learning about coding, as most things tech-related are often considered required 21st century skills, classifying it is as necessary for all students in FDK is not a viewpoint that is widely shared.

What I would urge educators to consider is not only the opportunity it poses for exposure to technology, but the opportunity and impact coding offers at building spatial reasoning skills in early year students. 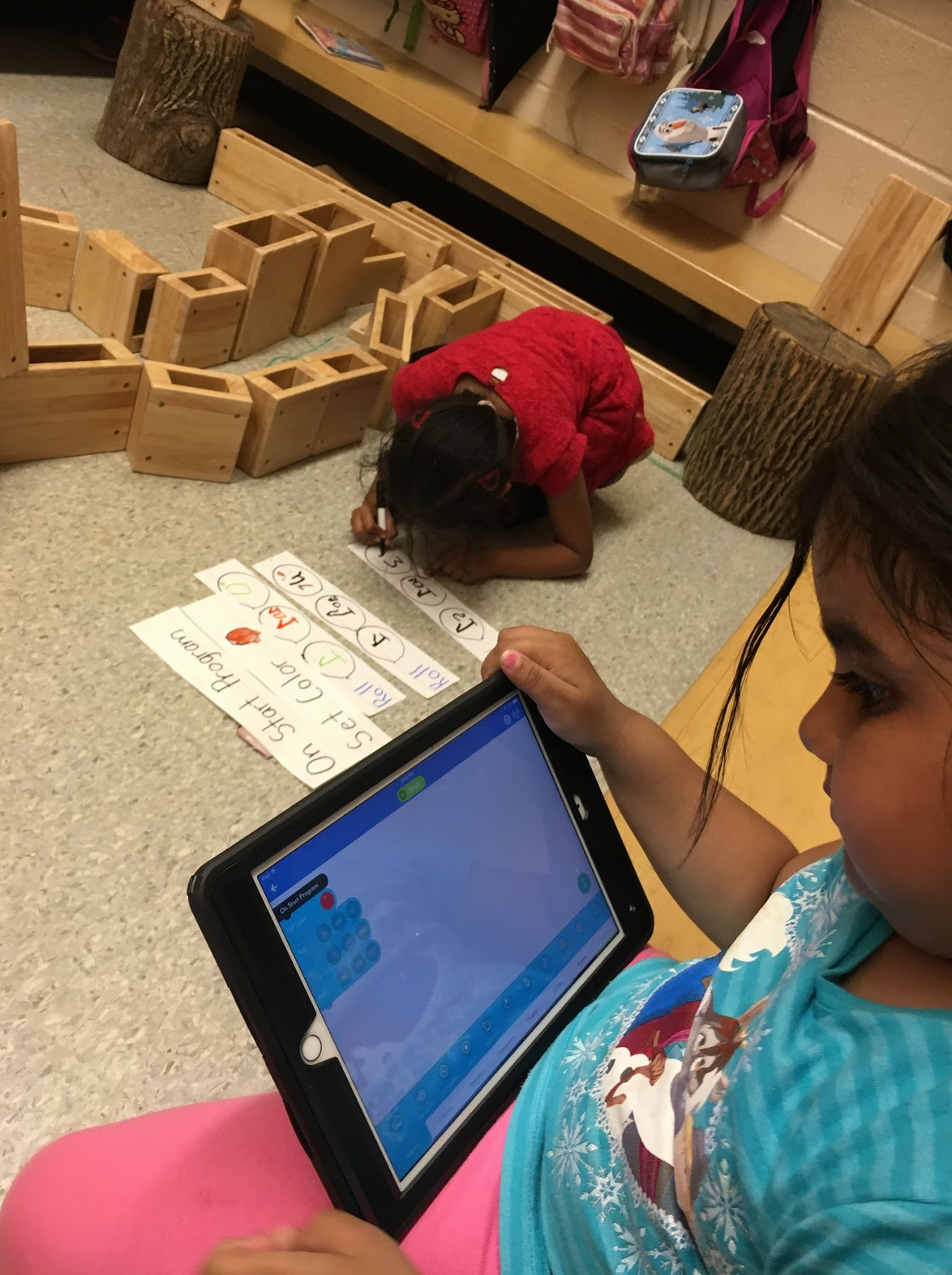 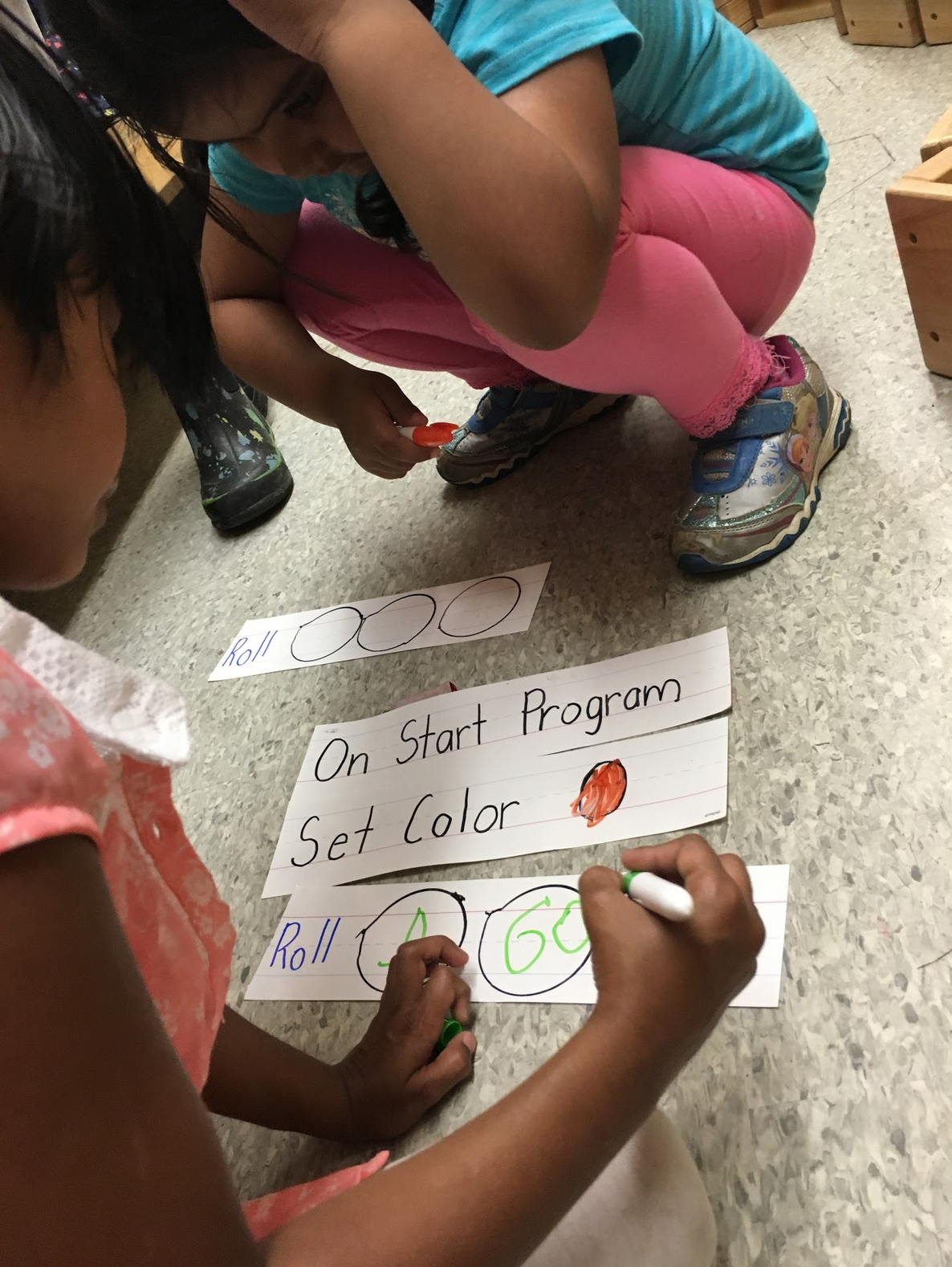 In the past five years there has been a surge of research examining the relationship between spatial reasoning skills and overall academic performance. In a study of 3 year olds, Farmer (2013) discovered that spatial reasoning skills at age 3 are more important then early math/vocabulary skills at predicting math performance at age 5. Watts, Duncan, Siegler and Davis-Kean (2014) extended this thinking further by demonstrating that it is more specifically the shifts in misconceptions/gains in math thinking between age 2.5 and the end of grade 1 that was the best predictor of overall academic success, even more so than early reading/writing. Hawes (2015) points out that overall math is inherently a spatial subject. When we think about and represent numbers it is done so spatially using number lines, arrays etc.

Although we currently see references to spatial reasoning in our geometry curriculum it is essential throughout all 5 strands.  What this research illustrates is that early years educators need to pay more attention in making intentional choices in the creation of learning environments that promote the development of spatial reasoning with students. 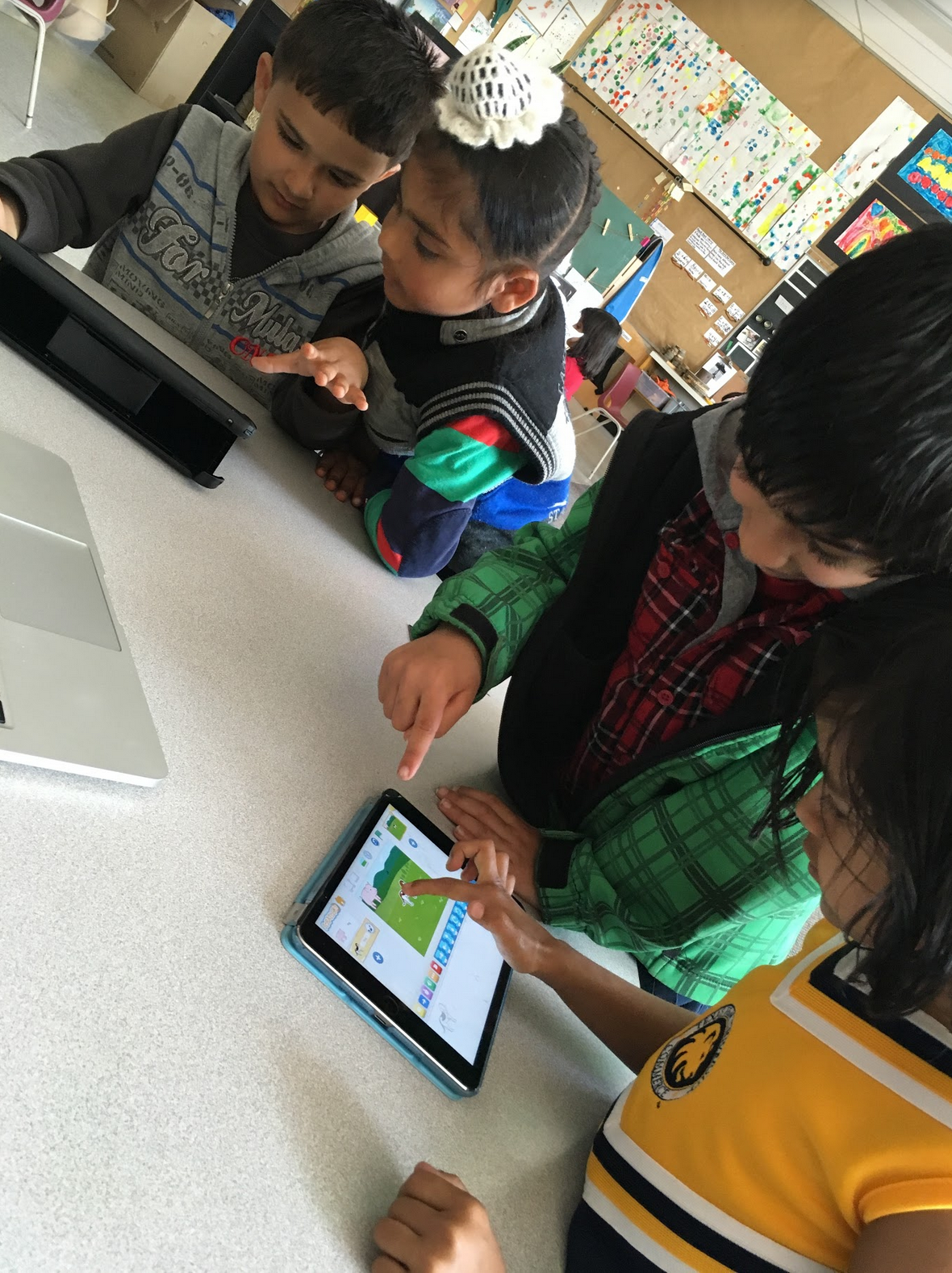 Coding is inherently spatial, whether it is with technology or not, coding and computational thinking involves orienting, visualizing, and predicting objects moving through time and space. It also can involve measuring multiple factors such as speed, distance, and angles all at once.

Coding is an invitation for students to develop and use complex language skills, spatial language included. When I began coding adventures with my class, what I realized was that my students improved in reading and oral language skills.  Coding offered a platform for my students to learn how to communicate their very complex thinking with the use of spatial language. My ELLs were quickly and intentionally using spatial language to explain their thinking.  For my non-verbal students with ASD, coding offered a voice to engage and communicate with others using a systematic approach to relaying information and ideas.  This realization made me reflect further on the fact that much of the research on coding in elementary schools currently focuses on children’s ability to articulate and communicate thinking. Beyond language benefits, coding allowed my students to develop spatial thinking while being doers and producers of math, rather than merely consumers. 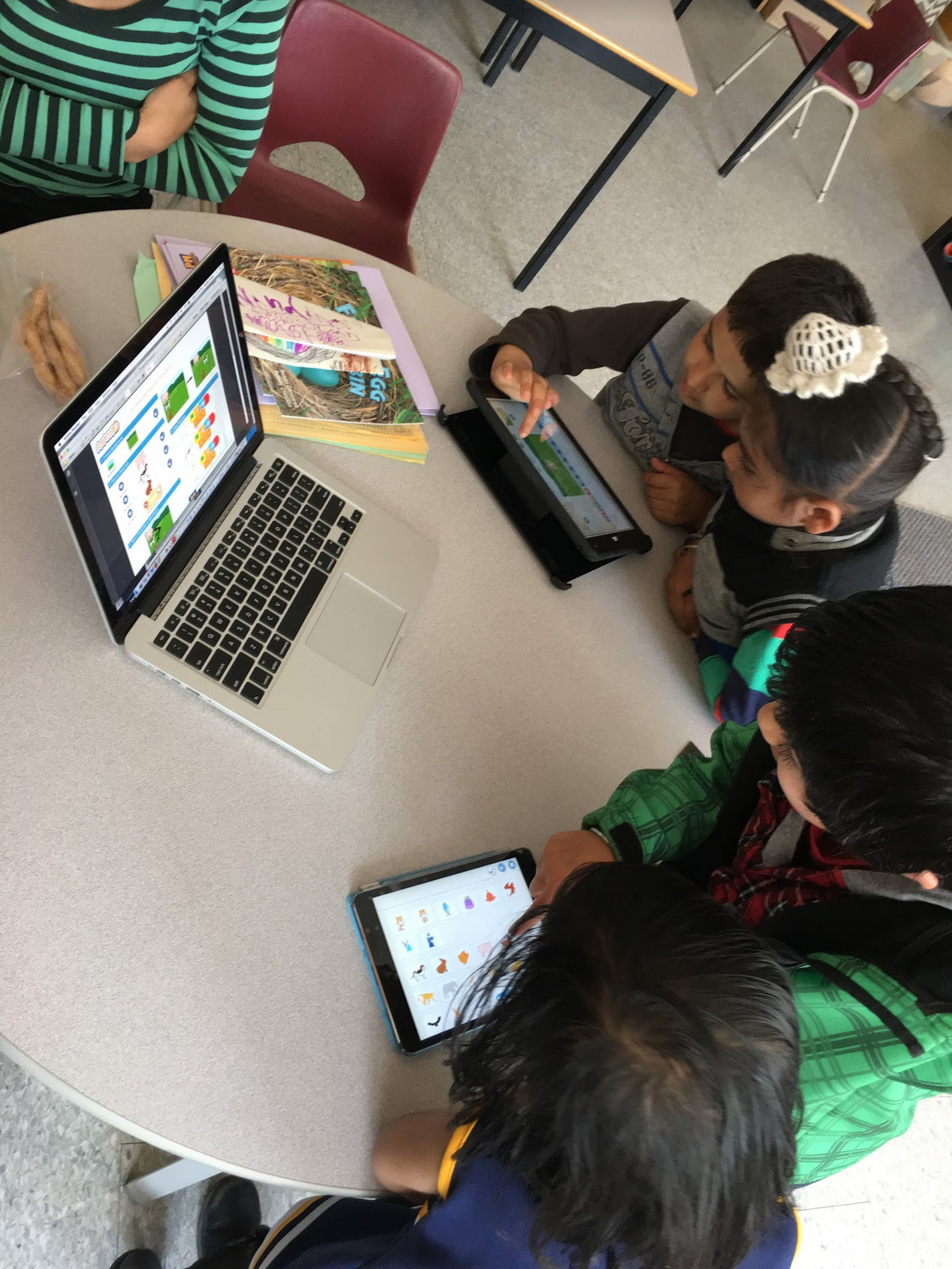 Francis’ (2015) study that looked at spatial and computational thinking by tracking gestures, head titling, and movement of students while coding noted that coding allows opportunities for students to learn through action rather than from action. Tracking my students’ head tilts and gestures allowed an opportunity for discussions and inquiry into thinking. It signaled my students thinking journey and reminded me that thinking was more than the sum of what students can or choose to verbally articulate.

There are many more points to made about the value of coding in kindergarten but my central point is that educators working in early years need to intentionally look for ways to include spaces for the building of spatial reasoning skills. Coding offers both the platform for building spatial language while moving students from being consumers to producers of their spatial thinking.

If I had to distill my passion for coding down to a single sentence, I would be hard pressed to do better than the following quote from Brene Brown who says, “We are born makers. We move what we are learning from our heads to our hearts through our hands.”